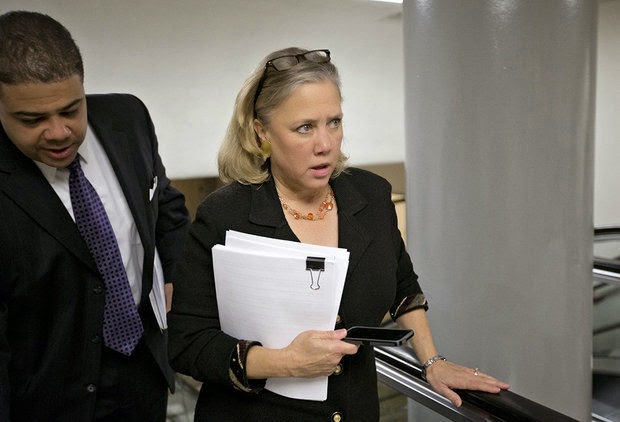 
NEW ORLEANS — Sen. Mary Landrieu was a no-show Thursday at her first event following a major staff shake-up that included replacing her campaign manager, leaving her fellow Democrats to defend her moves.

With less than a month until Election Day, several Landrieu supporters denied in interviews that the campaign changes were a course correction, despite polls that show that the Louisiana senator is unlikely to clear the 50 percent she needs to avoid a December runoff.

#LASEN
Posted by Louisiana Conservative Alliance at 8:38 AM