Bill Cassidy wants to be the doctor he believes the U.S. Senate needs 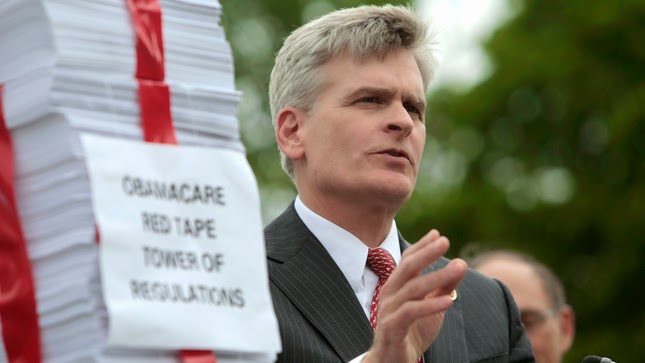 Bill Cassidy wants to be the doctor he believes the U.S. Senate needs

Friends describe Cassidy as a go-getter, someone who likes to solve problems in his private and professional life. It wasn't a surprise to them when Cassidy -- a doctor who had yet to enter public life -- set up a makeshift hospital in the aftermath of Hurricane Katrina in 2005.

Three days after the storm hit, Cassidy organized hundreds of volunteers to help turn an abandoned Baton Rouge K-Mart into a temporary medical center. He was concerned South Louisiana's hospitals weren't going to have enough capacity to treat all of the victims of the disaster.

"Katrina hit Louisiana and there was a sense that our leadership had failed. There was a whole city that has was unable to evacuate out of a Category IV storm at first. And then, as it turns out, leadership after the storm failed," said Cassidy.
Posted by Louisiana Conservative Alliance at 7:45 AM