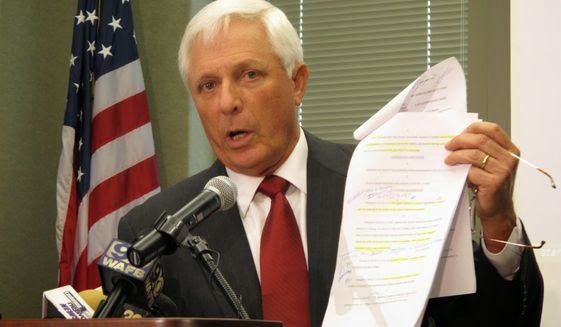 AG Caldwell Busts Members of Romanian
Organized Crime Ring Operating in Acadiana
LAFAYETTE, LA — Seven people have been arrested today on felony racketeering charges for participating in an online sales scam, announced Attorney General Buddy Caldwell.  The suspects are believed to be members and affiliates of Romanian organized crime.
The arrested individuals are charged with felony racketeering for stealing approximately $1.4 million from more than 500 people who were victimized by an international enterprise designed to unknowingly redirect online shoppers away from websites like eBay and Craigslist.  Shoppers instead would end up at spoof, imitation sites where they would attempt to purchase items including automobiles.  Shoppers were then instructed to submit payments to the alleged sellers through money service businesses such as MoneyGram and Western Union.  After the payments were made, the alleged sellers would stop communicating with buyers and never deliver the items.


Attorney General Caldwell said, “Scammers target anyone and everyone so it’s important to guard your personal information, especially when shopping online.”  Caldwell added, “In this case, we have an organized effort from overseas that affects thousands of people each year.  These criminals will be held fully accountable.”
Posted by Louisiana Conservative Alliance at 1:00 PM