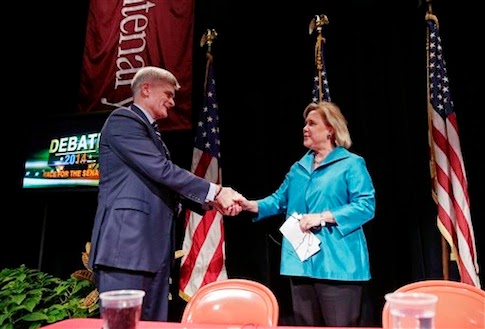 In the Pelican State, Republicans are already stockpiling cash to help GOP establishment favorite Bill Cassidy face Landrieu in the all-but-certain runoff. Outside groups are taking a strong interest.

The Democratic Senatorial Campaign Committee says it has spent $2.1 million on post-November airtime for Landrieu.

That comes on top of the more than $25 million both sides have poured into the race since last year.

Posted by Louisiana Conservative Alliance at 8:13 AM