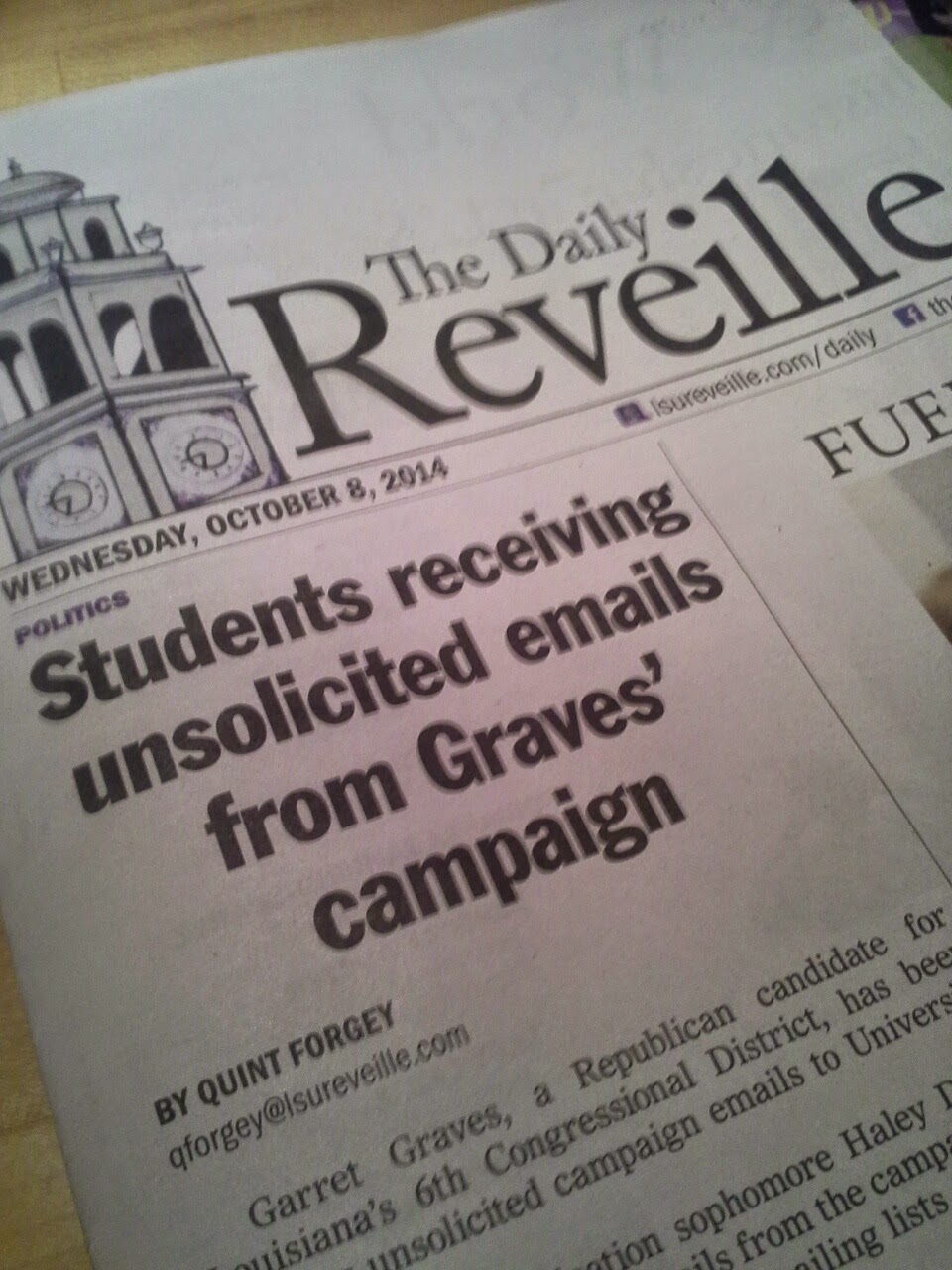 Garret Graves, a Republican candidate for Louisiana’s 6th Congressional District, has been sending unsolicited campaign emails to University students. Mass communication sophomore Haley Deshotels said she received emails from the campaign but did not sign up for any of its mailing lists or attend any of Graves’ events. Deshotels, who is working on Libertarian Brannon McMorris’ Senate campaign, said she was bothered by the unwanted emails. “Especially because I’m working for other campaigns as a volunteer,” Deshotels said. “I thought it was uncalled for.” Deshotels received emails from Graves’ political director Ryan Lambert and campaign manager Kevin Roig detailing internship opportunities for students.


(The Graves campaign has a history of doing things like this. If they played it straight they would have had a chance. If you are trying to buy a Congressional seat you should be more careful. Deleting negative comments on Facebook, editing Youtube posts kissing Mary Landrieu, consultants under ethics charges and court scrutiny, staffers with sanctions by the Inspector General. Multiple examples of his personal Cussing at public meetings. Guess we will see if money talks no matter what..)
Posted by Louisiana Conservative Alliance at 9:52 PM