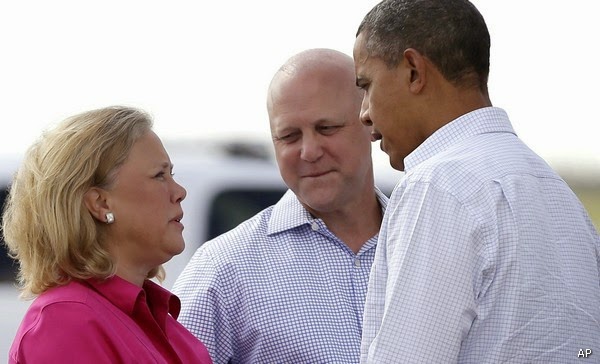 President Barack Obama has a difficult time politically in the South in part because of his race, Sen. Mary Landrieu told NBC News on Thursday.

“I’ll be very, very honest with you. The South has not always been the friendliest place for African Americans. It’s been a difficult time for the president to present himself in a very positive light as a leader,” Landrieu said in the report.

Landrieu is locked in a heated Senate race against Republican Bill Cassidy, who has used time in political ads and debates to closely link Landrieu to the president.

Louisiana Gov. Bobby Jindal released a statement in response to Landrieu’s comments, saying the senator “appears to be living in a different century.”

“Implied in her comments is the clear suggestion that President Obama and his policies are unpopular in Louisiana because of his ethnicity. That is a major insult by Senator Landrieu to the people of Louisiana, and I flatly reject it,” Jindal said.
Posted by Louisiana Conservative Alliance at 8:20 AM