FIRST DEBATE: Landrieu rates President Barack Obama a “6 or 7” out of 10 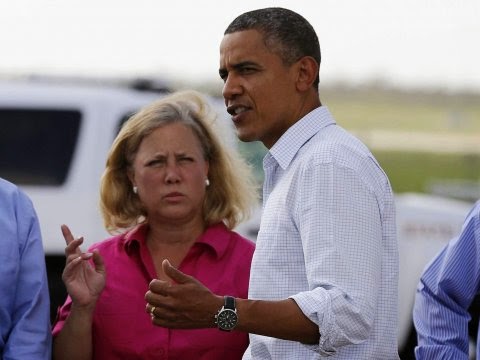 Landrieu doubles down on Obamacare: ‘We have to keep it’

SHREVEPORT, La.—Democratic incumbent Sen. Mary Landrieu (La.) rated President Barack Obama a “six or seven” out of 10 and said Obamacare must remain the law in her first senate debate with Republican Rep. Bill Cassidy on Tuesday evening.
The embattled three-term senator argued that she deserves reelection because of her long career in Washington, repeatedly mentioning that her time in the Senate has spanned six Louisiana governors and three presidencies.
Posted by Louisiana Conservative Alliance at 7:37 AM