GRAVES, EWE CAMPAIGNS GO INTO THE SEWER IN 6TH DISTRICT (TURNS OUT GRAVES WORKED FOR MARY!) 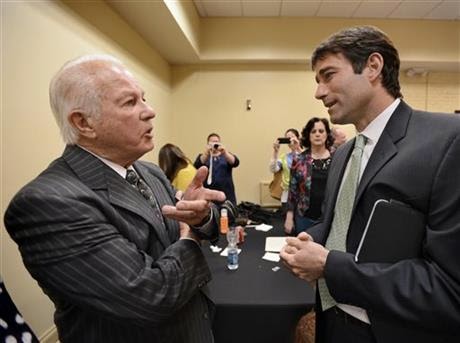 GRAVES, EWE CAMPAIGNS GO INTO THE SEWER IN 6TH DISTRICT


Until this weekend there was only one unacceptable candidate in Louisiana’s 6th district congressional race. Now there are two.
Add to the list Republican Garret Graves, who along with the wife of former Gov. Edwin Edwards, have descended into the sewer with personal attacks on Republican candidate Paul Dietzel. In particular, both campaigns have pushed the implication that Dietzel is gay or secretly supports gay rights. Both campaigns are playing to the homophobia of some 6th district voters.
As readers of this blog know well, I am no fan of Edwards. He’s an unrepentant felon whose election would further sully Louisiana’s reputation. I had long ago decided that I would vote for one of Edwards’ Republican opponents. It’s a safe GOP district, so my plan was to vote for the least objectionable Republican, the person most likely to listen to the other side and least likely to contribute to partisan gridlock.

Until a few days ago, I thought that might be Graves. After all, he’d worked in D.C. for Sen. Mary Landrieu. People who know him well — I don’t know him, except by reputation — tell me he’s a fairly liberal person who simply sold out to run for public office.