Democrats Are Giving Up on Mary Landrieu 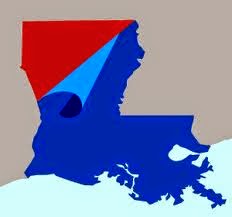 Democrats Are Giving Up on Mary Landrieu

Sen. Mary Landrieu is running out of ways to win her runoff in Louisiana next month.
Even before Landrieu came up one vote short Tuesday night for cloture on her bill to pass the Keystone XL pipeline, a contentious energy project that would have at the very least given her an opportunity to tout her influence in Washington, Landrieu was struggling to break through in what has been a devastating election season for Democrats.
Landrieu is an endangered species, the last Democratic senator in the Deep South, and she can no longer campaign as the powerful chairwoman of the Senate's Energy and Natural Resources committee in her oil- and gas-rich state now that Democrats have already lost their majority in the Senate. An internal poll released last week from her Republican opponent, Rep. Bill Cassidy, showed Landrieu down 16 points in the polls. The last 15 public polls have shown Cassidy leading, although most merely by single digits. And, even if Landrieu could have convinced enough of her colleagues to get behind Keystone, it's unclear how much of a difference such a victory could have made for her. House Republican leaders already allowed Cassidy to lead the charge last week to approve Keystone in the House.
Now, Landrieu faces the task of running a campaign in Louisiana that few in Washington believe she can win. After 18 years in the Senate, it looks like this is a campaign that Landrieu will finish off alone.
Posted by Louisiana Conservative Alliance at 10:07 AM