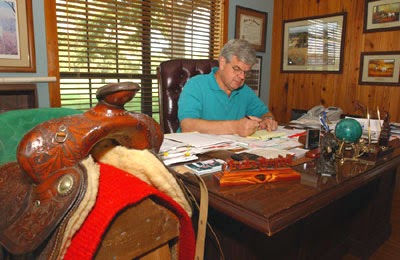 Democratic future looks bleak in Louisiana and the Deep South

An anemic vote tally for U.S. Sen. Mary Landrieu, the last Democrat elected statewide, has politicians wondering if, like the rest of the Deep South, Louisiana has become a place where only Republicans can win the major offices.
“It looks like a long, dark tunnel for Democrats in this state,” said LSU political science professor Robert E. Hogan, who specializes in state level politics.
Should Landrieu lose on Dec. 6, the last Democrat standing will be the pugnacious Louisiana Public Service Commissioner Foster Campbell, of Bossier Parish. His predominantly rural district only covers the northern third of the state and has about 1 million residents. But they are among the most conservative voters in Louisiana.
Yet, Campbell on Tuesday thumped a well-funded, professionally managed Republican challenger who had the backing of the Louisiana Association of Business and Industry.
Campbell says the key is to take care of constituents’ needs and serve as their voice before the mighty.
Posted by Louisiana Conservative Alliance at 3:31 AM