BOB MANN: THE SAD DEMISE OF THE LOUISIANA DEMOCRATIC PARTY 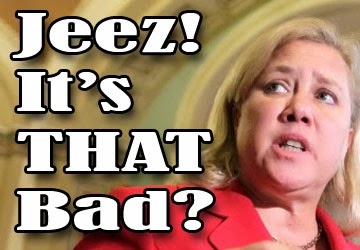 THE SAD DEMISE OF THE LOUISIANA DEMOCRATIC PARTY

When it comes to political candidates, former Gov. Edwin Edwards is unacceptable in almost every way.

That’s why it was so disappointing to learn that the state’s Democratic State Central Committee had overwhelmingly endorsed Edwards for Congress on Monday. In embracing Edwards’ campaign, the state’s Democrats endorsed someone who represents the worst of the state’s political history – a sorry legacy of corruption that has now sullied their party and finally persuaded me to change my party registration.

By endorsing Edwards, the Louisiana Democratic Party embraced Louisiana’s corrupt past. It said that winning, not governing honestly and well, is the more important thing. Its leaders said they’d rather be represented by a crook than a conservative. I want no part of such a political party.
Posted by Louisiana Conservative Alliance at 6:16 AM