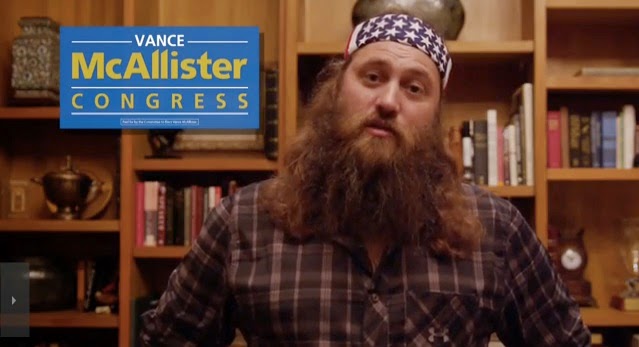 A poll by the Glascock Group in Alexandria shows candidates for the 5th Congressional District would do well to avoid Gov. Bobby Jindal's support. The poll showed 53 percent of voters were less likely to vote for a candidate whose campaign staff was associated with the governor.

Dasher has denied he is the governor's chosen candidate. However, Dasher has many campaign staffers, including Jindal's favorite consultant Timmy Teepell, that worked on state Sen. Neil Riser's ill-fated campaign for the same office last year.

Riser had the full backing of Jindal and the state Republican Party. Dasher picked up 7 percent in the poll. Jindal's office declined to comment.

Beyond the toxic numbers for Jindal's support, incumbent Rep. Vance McAllister, R-Swartz, fell from leading the pack in previous polls to second place with 20 percent.

Republican Ralph Abraham, a doctor from Alto, took the lead with 22 percent. It's the first time McAllister has polled behind a candidate this race.