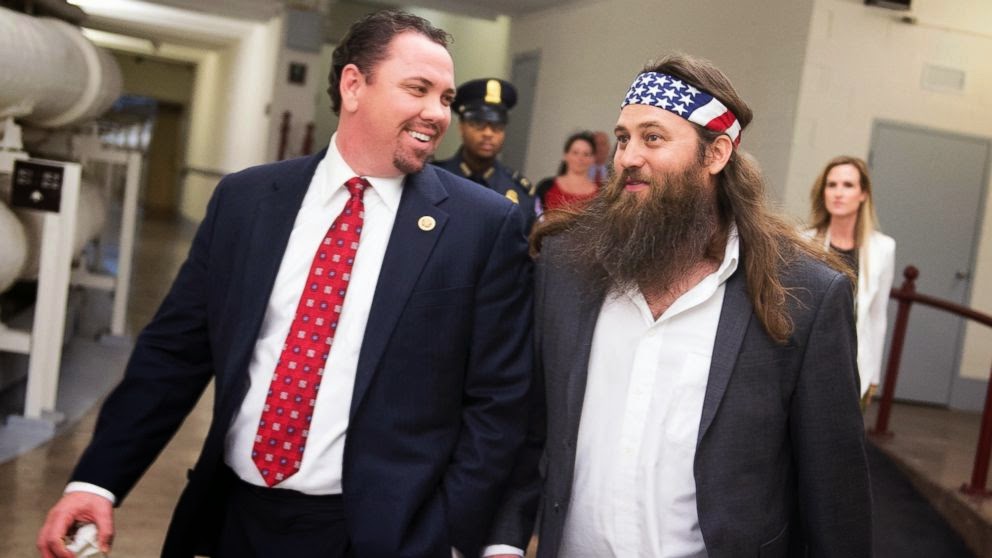 Ever since Congressman Vance McAllister, R-Swartz, was caught on video kissing a married staffer in April, the reaction from the reality TV family that endorsed him last year has been quieter than the early-morning opening hours of duck season. But after a few carefully called quacks and a bit of patience in the blinds, the inaugural shotgun blows are loud and clear.

“The last dude last year fed us a lie. I don’t even know the dude.”

That’s how “Duck Dynasty” patriarch Phil Robertson eased into the topic Friday night at a fundraiser in Lake Charles for Zach Dasher, who he described as “my little nephew who came from the loins of my sister.”

“I believe in that same forgiveness that Miss Kay gave Phil when he atoned for his sins and she decided to let Phil back in their house,” McAllister said, referring to Robertson’s wife, who is also featured on the A&E reality show. It’s also a nod to Phil Robertson’s dark past of drinking, drugs and infidelity, of which he has made no secret.

http://lapolitics.com/2014/09/alford-mcallister-becomes-target-of-duck-shoot/
Posted by Louisiana Conservative Alliance at 11:37 AM