RESPONSE TO THE PERSONAL ATTACK ON PAT BERGERON 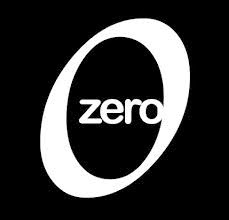 RESPONSE TO THE PERSONAL ATTACK ON PAT BERGERON THIS PAST WEEK BY MR. SCOTT McKAY PUBLISHER OF THE 'HAYRIDE':

When you look for accurate political information the first thing you normally look for is the credibility of the source.

In this case the source attacked me personally, calling me, "an old-time Louisiana political operator known for being the guy you hire when you want to do black-bag operations." The term "black bag" refers to the little black bag in which burglars carry their tools. Basically this guy called me a petty criminal.

For those of you who don't know me well I am a graduate of Baton Rouge High School and LSU, the father of 4 grown children and a 41 year veteran of Louisiana politics and public policy.

While in college I served as a tennis instructor, volunteer coordinator for several poltical campaigns and worked as a Sergeant-at-arms in the State Legislature. After graduate school I served for a decade as communications director and a spokesman for the association representing Louisiana's 64 parish governments at the Capitol. During this time I was very politically active participating in various capacities in dozens of political campaigns. As a result I was appointed to serve on numerous state and local boards and commissions including the EBR Metro-Council, Chairman of BREC, Chairman of the Board of Elections, Vice-President of the Port Commission and as a member of numerous others.

Later I was appointed to serve as political and governmental affairs director for the 4th Congressional District. After this stint working for the federal government I was hired by a well known, award winning political consulting firm handling dozens of campaigns. I later went out on my own serving as campaign manager, strategist, media consultant and communications director for numerous political and issue races. For the next four years, I was appointed Chief of Staff of the much acclaimed Louisiana Department of Elections and afterward went back into private practice.

Over the years I have played prominent roles in some of the most dramatic upset victory campaigns in Louisiana history. I've had the privilege of lecturing on political communications and public policy at three major Louisiana Universities, served as an advisor to three Governors, numerous Congressmen, several statewide elected officials and many lower office holders.

The past few years I have mentored hundreds of conservative political activists through my political communications and public policy seminars. All of my adult life I have volunteered my time and played a leadership role in non-profit and charitable groups as well as Father's clubs at three parochial schools in Baton Rouge.

People pay for my advice based on my institutional knowledge and a strong track record of success. That is why it stings when I tell the truth about a candidate's history.

As for credibility of the source, I have been able to find no constructive activity on Mr. Scott McKay's part whatsoever (ZERO), much less any experience that qualifies him to report on issues of politics or public policy.

I'm a huge supporter of the First Amendment but, nasty, snarky, malicious, sophomoric little quips impugning a persons integrity and character without any tangible evidence or inkling of truth can land someone in a world of hurt.

Obviously, Mr. McKay is shilling for the Cussin' Congressional candidate Mr. Garret Graves in his feeble attempt to kill the messenger.

This messenger has been shot at many times over the past four decades by the best in the business. I shoot back...


Posted by Louisiana Conservative Alliance at 9:18 AM