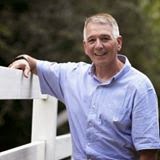 
ALTO, LA-  A new independent poll conducted by the Glascock Group reveals that Ralph Abraham, a family physician from Mangham, LA, is continuing to gain support as a candidate for Louisiana’s 5th Congressional District.

“I’ve never run for political office before, but I’m finding out there are a lot of voters out there that feel the same way I do. Every day, my wife Dianne and I watch the news, and we say to ourselves it can’t get any worse, and then it does,” said Abraham. “The 5th District is large, but we’re not going to take one-single vote for granted. We’ve already covered more than 5,000 miles on the campaign trail, but we’re just getting started."

“The Federal Government continues to take away our freedom, and we’ve got to draw a line in the sand. The Environmental Protection Agency continues to pass burdensome regulations that prevent our farmers from being successful. Our border is under attack, yet Washington has done nothing but give a green light to those that break the law. Our healthcare system is in shambles and Obamacare has done nothing but make matters worse. The Christian family values our nation was founded on continue to be stepped on," he said.

He was raised in North Louisiana and currently works as a rural physician in Mangham, LA. He is a lifelong registered Republican.

“There are times that we all want to throw up our hands in disgust. But I do believe we can help steer the ship in a different direction, and that’s why I’m running for Congress. With your help, we can restore honor and integrity to Washington," said Abraham.