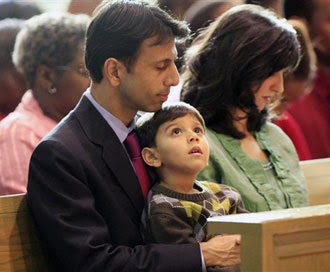 DES MOINES — As the Freedom Summit marks the unofficial start of the 2016 Republican presidential campaign here in Iowa, the race is already too sprawling, with too many characters and too many crosscurrents, to have a single theme. But here are a dozen keys to understand what is happening now:

12. You know what Bobby Jindal said about Muslim "no-go zones" in Europe, a statement that resulted in Jindal being criticized and mocked by mainstream commentators? It turns out many social conservatives in Iowa really liked it. To them, Jindal was warning about the danger of enclaves of unassimilated Muslim populations in an age of Islamic radicalism, a problem they fear could be in store for the United States. Jindal, who is himself the model of an assimilated American from an immigrant family, not only did not suffer from his remarks but instead benefited from them.

Those are 12 factors at play in the race now. One could easily list 12 more, and 12 more after that. It's going to be a very complicated campaign.

http://www.washingtonexaminer.com/12-keys-to-the-gop-presidential-race-right-now/article/2559208
Posted by Louisiana Conservative Alliance at 9:56 AM