Scott Angelle pitches policy with personality in his gubernatorial candidacy 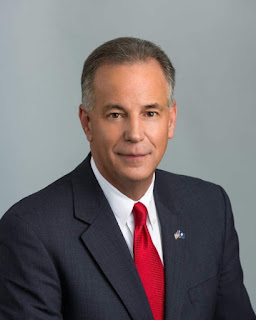 Scott Angelle pitches policy with personality in his gubernatorial candidacy


So the first question for Angelle is, where does he stand?

Actually, that’s really the second. The first already has come up in the campaign and will surely continue to do so: To what extent would Angelle emulate his most recent boss, deeply unpopular Gov. Bobby Jindal?

His not-so-surprising response? Not much.

“I’m the only DNR (Department of Natural Resources) secretary to serve two governors,” he said in a recent interview. “That says my appointment was about competence more than anything.” Noting that his father had served in Gov. Edwin Edwards’ administration and in the Legislature, Angelle said he’d first run for office “before Gov. Jindal had a driver’s license.”

“Before you get to be a head coach, you’re an assistant coach. It doesn’t mean that you call the same plays that the head coach called, but you have an opportunity to learn,” Angelle said.

“I think this state is starving for a governor who is more than just competent,” he said. “Never, ever sacrifice competence, but you shouldn’t just settle for it. And clearly, I believe that Louisiana wants their governor to be more than a policy wonk. I think we want a little personality in the Governor’s Office.”

#lagov
Posted by Louisiana Conservative Alliance at 9:01 AM