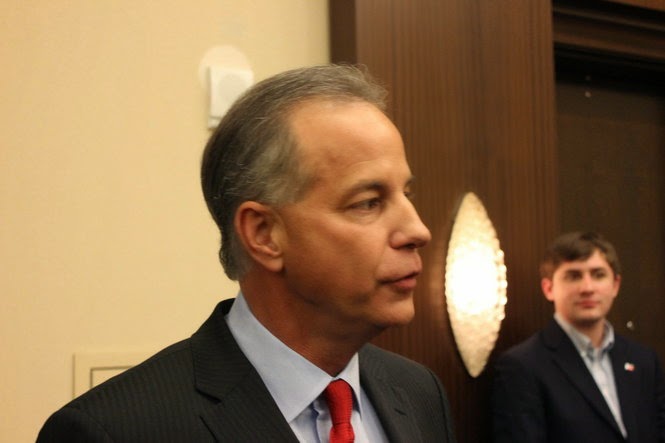 
The four announced candidates for governor are set to appear on a forum at the annual meeting of the Louisiana School Boards Association on Feb. 24, officials said Wednesday.
The gathering is taking place in Shreveport.
It would mark the second such appearance by the foursome, who took questions on state highway and bridge needs at a Baton Rouge hotel last month.
Those set to appear include U.S. Sen. David Vitter, of Metairie; Lt. Gov. Jay Dardenne, of Baton Rouge; Public Service Commissioner Scott Angelle, of Breaux Bridge; and state Rep. John Bel Edwards, of Amite.
Vitter, Dardenne and Angelle are Republicans.
Edwards is a Democrat.

The meeting is set for from 9:30 a.m. until 11:30 a.m. at the Shreveport Convention Center
The candidates will be asked questions on kindergarten-through-12th-grade education, said Scott Richard, executive director of the LSBA.
Common Core, which represents new standards in reading, writing and math, is expected to be a key topic.
The forum takes place less than a month before about 300,000 public schools students are set to take Common Core tests for the first time.
Gov. Bobby Jindal cannot seek a third consecutive term.
Posted by Louisiana Conservative Alliance at 6:47 AM